In a crisis? Do not bury your head in the sand 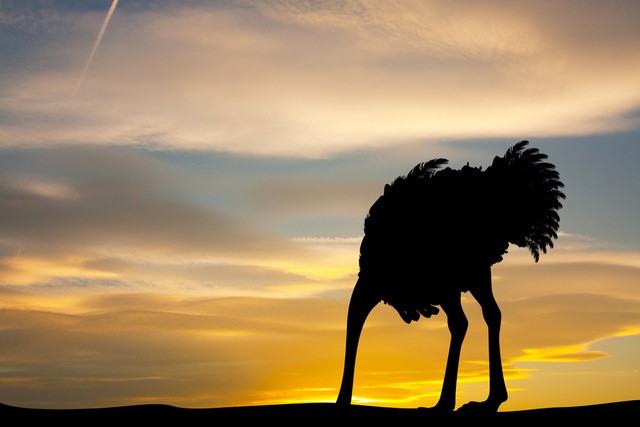 Belgian companies have often been faced with repeated scandals about the meat industry. Their usual response? Turning a blind eye and cease all communication. It is a mistake: that’s how you make a crisis grow big and bring lasting damages to your reputation.

In the event of a crisis, the appropriate reaction to have is to quickly establish an adequate response and communicate it with the media, which you have selected and contacted expressly.

The Belgian media and public have recently been shocked by the Veviba slaughterhouse’s scandal: spoiled meat, origin labels tampering, non-organic meat sold as organic, etc. This is not the first time it happens in Belgium: 2013 was marked by the scandal of horse meat imported from Eastern Europe and sold as beef, 2017 by unsustainable images of slaughter practices of Veviba’s workers.

What should you do if your business, rightly or wrongly attracts the media’s attention and become the subject of their criticism? Remember that, communication wise, a quick and adequate response is far more important than the cause of the crisis itself. Communicating with journalists is an essential part of any crisis management strategy. This allows you to keep in touch with the editors, to have an overview of what is happening in the media, and to maintain control over the information that reaches them.

Avoid the “head in the sand” communication

The first thing to avoid is unfortunately the thing companies tend to do when facing a crisis: burying its head in the sand, or how to hide under a blanket while waiting the media storm to pass.

Some people think, why communicate when you have nothing to explain? However, remaining silent during a crisis is counterproductive: it leaves space for the media storm to grow strong. By not answering, you become suspicious in the eyes of the public, quickly picturing the worst case scenario. These suspicions will raise passions and act as cliffhangers on journalists. They will smell the opportunity to publish crispy stories that will interest their audience.

Not answering is not an option. The growing importance of corporate social responsibility means that the pressure and expectations of society towards them are constantly increasing. Organizations are judged on their integrity, now more than ever.

The most recent meat scandal about Veviba has finally evolved into a personal crisis aimed at Veviba’s director. This is what happens when an organisation remains silent: the attention shifts on the person responsible, the physical persons behind the company. In time of crisis, it is therefore essential that directors demonstrate clear, strong and consistent leadership. They must be seen and heard, and will be judged accordingly.

Therefore, waiting for journalists to start talking about you before expressing yourself is a bad idea. The silence gives journalists the impression that their suspicions could be confirmed. In addition, if they don’t receive any information from the organisation, journalists will tend to find other sources, and, suspiciously, will actively seek out information that would confirm abuses.

The Veviba scandal is a good example of how the blind-eye technique can aggravate the damages done to the reputation of an organisation. In this case, press articles were published, stating a former employee who testified about the abuses committed in the company, permanently undermining its credibility. The one thing to remember: provide journalists with accurate information, and keep them from looking for things you wanted to keep private.

Open communication even in time of peace

The smart ones do not adopt open communication only in case of a crisis. It’s an ethical and transparent matter that can be very powerful in terms of protecting your reputation, also in time of peace. Today’s society and the public’s opinion are increasingly critical of organisations and their administrators, expecting more integrity and a quicker response to controversial issue.

To meet these social expectations, a company must focus on detecting risks, developing possible crisis scenarios, and preparing a detailed and adequate crisis strategy. Only then can they meet the demands of the public, more and more precise in this digital world of Social networks, and effectively protect its reputation. When is the best time to approach journalists with press releases?

As a PR agency based in Brussels, we are responsible for drafting and delivering press releases for our clients on a daily basis. But on what day of the week and at what time do you have the highest success rate for reaching journalists? Our colleagues over at HBI...

END_OF_DOCUMENT_TOKEN_TO_BE_REPLACED Reputation management? Just do it!

The collaboration between Nike and Colin Kaepernick turned out to be a golden communication wedding. Indeed, after sealing the contract with the athlete, Nike saw its sales increase by 31%. Even if they fell slightly (3%) in the wake of the Karpernick kneeling...

END_OF_DOCUMENT_TOKEN_TO_BE_REPLACED How to best approach an influencer?

While the circulation rate of traditional media such as newspapers and magazines is declining, the reach of influencers is steadily increasing. Unlike a newspaper, a blog or an influencer’s account on SoMe only mobilises a limited team. Often, it is even a single...